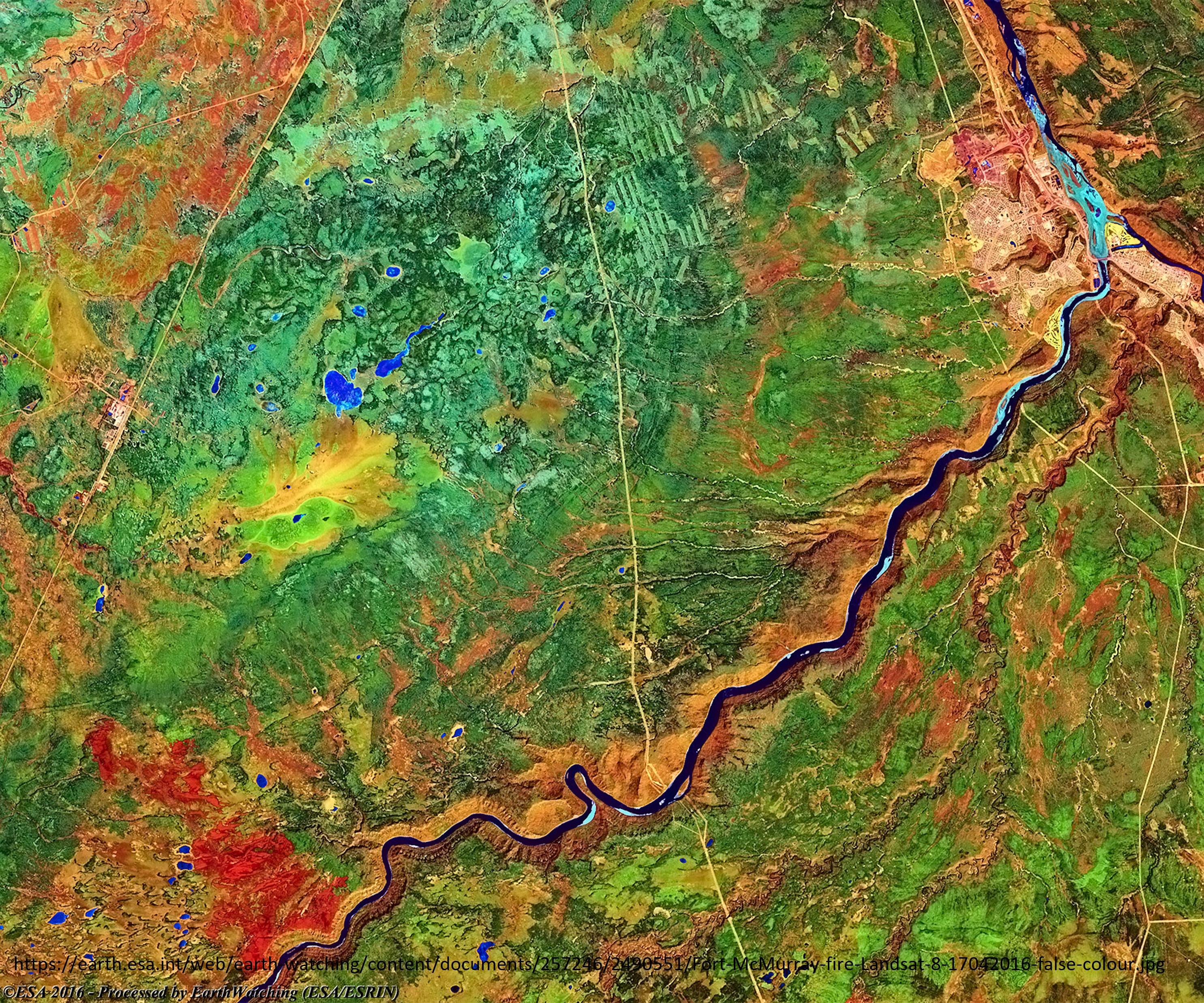 Lessons learned from the most significant oil sand production in Canada - an understanding of dependencies between heavy oil/bitumen production methods and local geology. The more common thermal Enhanced Oil Recovery (tEOR) is Steam-Assisted Gravity Drainage (SAG-D) having enabled a recovery factor of 60% to 85%.
VIEW IN STORE

Oil sands are hosted by poorly-consolidated, fluvio-estuarine deposits of the Blue sky (Peace River), McMurray (Athabasca) and Clearwater (Cold Lake) Formations. These sands were deposited during a marine transgression of the Cretaceous Western Interior Seaway, which ultimately extended the length of the North American Continent, parallel to the present-day Rocky Mountains.  Primary source rocks were the Mesozoic Exshaw and Nordegg Formations.  Hydrocarbon migrated hundreds of km up dip to the northeast, along a regional sub-Cretaceous unconformity.  In the Athabasca region, oil accumulated in a subtle anticline above a zone of evaporite dissolution.  Fresh water incursion subsequently biodegraded oil to bitumen (API <= 10°).  Thickest sands average 40 m, with 90+% net-to-gross, 30+% porosity, multi-Darcy permeability, and 80+% oil saturation.  In the Athabasca region, oil sands range from0-400 m depth.  Bitumen-impregnated sandstone outcrops occur along the Athabasca, Steep bank and Christina Rivers.  In the Peace River and Cold Lake areas, reservoirs range from 400-600 m depth with no surface exposure.  Bitumen deposits were well-known to Canadian First Nations, who described them to European fur trappers in the early 18th century.

Heavy oil is consumed domestically and exported to US markets by pipeline, as Western Canadian Select blend.  Oil sands operators struggle with the perception of high carbon intensity. Shell Canada’s Quest project sequesters CO2 emitted from an upgrader near Edmonton.

U3 Explore Venezuela project team of local and international experts has collaborated on this and two other related studies published by U3 Explore. You can read more at:

U3 Explore geologic-engineering team is available for consulting or expert boards sessions using the results of this and other two studies in applying the best fitted EOR method in the producing fields of northern South America.

Subsurface-oriented consulting in upstream oil & gas development and potentially geothermal in the longer term. Reservoir simulation, competitive intelligence, new business development (opportunity screening). I make recommendations for investment decisions in the upstream oil & gas industry, based on reservoir modeling and analysis of data from multiple sources. To date, I have participated in projects totaling $20 billion in capital investment, with ~4 billion boe of hydrocarbon resource volume.

The Faja Orinoco and the Alberta Oil Sands are the two largest heavy oil accumulations on Earth. The two deposits bear many geological similarities. The ‘heavy primary’ production scheme is similar to that implemented in thinner Alberta Oil Sands. Recovery factors are low (~10%); Enhanced Oil Recovery (EOR) has been piloted, not implemented. Based on industry experience in the Alberta Oil Sands, adaptations of tEOR (SAG-D, CSS), and polymer flood, appear well-suited to the Faja Orinoco. Significant potential exists for undeveloped reservoirs, as well as improving recovery factors.

The Faja Orinoco and the Alberta Oil Sands are the two largest heavy oil accumulations on Earth. The two deposits bear many geological similarities. The ‘heavy primary’ production scheme is similar to that implemented in thinner Alberta Oil Sands. Recovery factors are low (~10%); Enhanced Oil Recovery (EOR) has been piloted, not implemented. Based on industry experience in the Alberta Oil Sands, adaptations of tEOR (SAG-D, CSS), and polymer flood, appear well-suited to the Faja Orinoco. Significant potential exists for undeveloped reservoirs, as well as improving recovery factors.

Comparison of the methods of the Enhanced Recovery of a heavy oil between the Huyapari block in Ayacucho area in Venezuela and Quifa-Rubiales field in Colombia
Jan 28, 2022
U3 EXPLORE Venezuela Project

Our work analyses the historic Enhanced Oil Recovery methods (EOR) applied in the Ayacucho block of the Huyapari area in Venezuela's Orinoco Oil Belt and the Quifa field in Colombia. Our collaborative team has analyzed various technological alternatives for production optimization.

U3 Explore Venezuela Project aims to deliver an SDDC (Sustainable Development Data Center) a digital repository of accurate and validated knowledge of Venezuela’s oil & gas industry. The vision of SDDC is to be a go-to digital library for the validated data and analytical derivatives of these data to facilitate decision-making in energy transition and natural resources development in Venezuela. This project is running for more than two years and is focused on the assessment of the extent of digitalization needed to collect and validate publicly and privately available data and interpretations

Biostratigraphy is the science concerned with fossils contained in the rocks for dating and defining the depositional environment. This paper shows some examples of biostratigraphy as a supportive tool for the search for oil in Venezuela. The examples selected from a large amount of work done in the past in different basins.

For the case-study, multiple producing plays of the NE margin of South America in the Maracaibo basin and Eastern Venezuelan Basin (EVB) have been analyzed. Most of the plays have sizable remaining resources that sit in rather complex tectonic and stratigraphic settings, and have significant remaining potential as ~75% of the basin area has not been assessed or explored using modern methods.

Our objective is to create a cloud-native decision support platform for sustainable development in Venezuela. SDDC will support sustainable exploitation of Venezuela's mineral resources and deployment of renewable energy projects to satisfy energy and fuel demands in a sustainable manner and progress the social development of Venezuela.