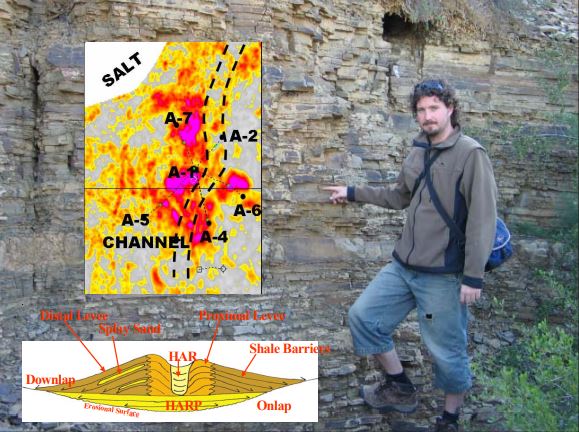 This 107-page report provides detailed information on thin-bedded (levee) deepwater reservoirs. The report contains information on reservoir characteristics, performance, production problems, and surprises. Each field history is summarized in detail and each reservoir is analyzed with monthly production profiles and logs.
VIEW IN STORE

Thin-bedded sandstones deposited in channel-levee complexes are extremely important reservoirs in the Gulf of Mexico and other basins around the world. They are often referred to as “low resistivity/low contrast pay” because individual beds are below the resolution of conventional well logs. Fortunately, thin beds can be resolved with borehole image logs, conventional core and other micro-resistivity logs.

This report documents exploration, production and development problems in eight fields in the Gulf of Mexico and one field from Equatorial Guinea, where thin-bedded levee sandstones are the predominant reservoir.

One of the biggest unknowns with these reservoirs is the lateral extent and connectivity of the thin beds. No one could imagine that sandstone beds less than one inch thick could be both laterally continuous and interconnected over thousands of acres. Fortunately, many fields in the Gulf of Mexico have been developed and are producing from these thin-bedded reservoirs and we now have hard data to support these facts.

As with most reservoirs there are both positive and negative aspects that become apparent after long-term production. This report also documents some of the successes and the failures of wells completed within thin-bedded levee reservoirs and attempts to summarize the reservoir characteristics in order to maximize future production in these types of reservoirs.

Dr. Stephen Cossey is chief geoscientist at Cossey and Associates Inc. providing geoconsulting. He has more than 40 years of experience in the petroleum industry. He worked for Conoco Uranium exploration and International Exploration and Sohio/BP prior to starting his own company in 1995. With Sohio, he was working in oil & gas exploration in frontier areas of the US. He spent 2 years based at BP Research in Sunbury, UK, and helped to start BP’s deep-water research program. The remainder of the time at BP was spent working on exploration in the onshore US